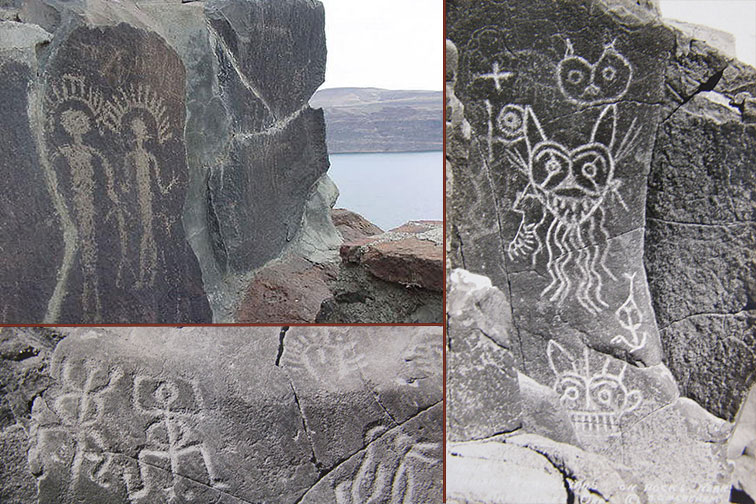 Rock art along the Columbia River include both petroglyphs and pictographs

Though no one can say for certain, official estimates are that there were roughly 90 rock art sites along the Columbia River, in the stretch of land between Pasco, Washington to the east, and The Dalles, Oregon, to the west.  Unfortunately, many of these sites were either inundated or destroyed when The Dalles and the John Day dams were put into service, and are now lost to the world forever.

Much of my art is inspired by the rock carvings and paintings that were so prolific up and down the Columbia River. But I didn’t even know these existed until I was already in my 30’s, and an elder took me to see them.

Learn More about petroglyphs and pictographs: